The TRIPs Agreement has led to a reinforcement of the protection of intellectual property, particularly in many developing countries. From the point of view of transfer of technology, the imitation of technologies from industrialized countries and the marketing of the resulting products will now be more difficult. The MNCs are also expanding vigorously in the generic segments. They are trying to grow not only organically, but through mergers and acquisitions and strategic alliance with Indian generic companies.

90% of the Indian Pharmaceutical Industry was dominated by the Global companies that imported most of the drugs. During the early 1970s, the Indian players gradually gained prominence as a result of the Indian Patent Act, 1970 which allowed Indian companies to reverse engineer Patented Molecules and launched them in the domestic markets.

Most read articles by the same author(s) 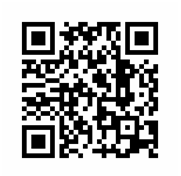